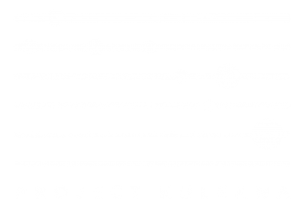 In collaboration with Nā Leo Pūlama o Maui, Inc – the parent and community support group for Pūnana Leo o Maui – and with support from the Hawaiʻi Tourism Authority and the Kimokeo Foundation, ʻŌiwi TV was honored to collaborate with the Project KULEANA team to produce Project KULEANA Maui. Coinciding with the celebration of Pūnana Leo o Maui’s 30th anniversary, this is the 6th Project KULEANA production and features keiki, graduates, limahana, and makua Pūnana Leo recorded live at various locations on Maui; all great examples of the many who daily ʻauamo their kuleana to ensure our ʻōlelo Hawaiʻi lives on.

Behind the Scenes of Project Kuleana 6

Take a look at some Behind the Scenes footage from the production of Project Kuleana 6.

This story first appeared in the March-April 2021 Recovery Newsletter.

A 13 acre-lot in Pāhoa is mostly overgrown with invasive species. But Matt Purvis sees it brimming with potential.

For the past month, land clearing and mulching have been under way on the site located across Highway 130 from Hawai‘i Academy of Arts and Science to turn what Purvis calls the area’s largest albizia forest into a nonprofit farm that includes plans for one or two greenhouses, a washing and packaging facility, livestock, orchards, plots for community gardens, and more.

It’s all part of the “Kuleana Project” spearheaded by the Grassroots Church, where Purvis is a pastor, and funded with the help of $275,000 from Hawai‘i County’s Kīlauea Kīlauea Recovery Grant Program. He said the farm will be about growing community as well as food, with part of its mission focused on providing jobs and training for those in need. With the future development of showers and laundry on site, it also will help serve the broader community during future eruptions and other disasters. Those ideas are summed up in the project’s three main goals: job creation, sustainable agriculture, and community connections.

“We feel that these are the people we were called to serve,” said Purvis, after noting the church, which previously rented space at Akebono Theater, remained in Pāhoa after the historical building was destroyed by fire. “Because of our relationships and history, I think we will be successful, and hopefully even more than we realize.”

The property is owned by Missionary Church, a parent organization to Grassroots.

Purvis credits the Kīlauea recovery grant for getting this project off the ground.

In a sense, the Kuleana Project is a much expanded version of the community garden the church started next to his business, the Tin Shack Bakery.

Purvis said the church has been paying people in need $15 an hour to work on the garden, and received an influx of donations during the early months of the COVID-19 pandemic to cover wages. He said that support gives him confidence the more ambitious Kuleana Project will succeed.

“It goes to show the community wants to help and they value work,” Purvis said.

Employing those affected by the eruption and others in need will be a focus of the Kuleana Project. He sees it acting as a bridge to other employment opportunities.

“If there is a disconnect, maybe we can make that connection,” Purvis said, referring to people out of work and those in need of employees.

He anticipates three to five people will be employed at a greenhouse, with perhaps 40 people doing some sort of work, including temporary or volunteer assistance, throughout a year.

The property also could host a market and food trucks to give entrepreneurs a chance to succeed. He relates that to how he first started his business by selling at farmers markets.

“I think it’s been in our DNA as a church for a long time to provide a space for agriculture, and God willing, agrotourism, disaster recovery and other ways to serve the community,” Purvis said.

Our Kuleana is a community-based effort to mobilize Hawaiʻi during critical times of need, initiated during the COVID-19 pandemic.

Our privilege to be a part of this island’s ʻohana comes with an inherent kuleana, or duty, to our people and place. The devastating impacts of COVID-19 have presented an opportunity for us to fulfill our kuleana to protect and care for each other.

Find a vaccination clinic near me!

Everyone 12 years of age and older is now eligible to get a COVID-19 vaccination. There are a multitude of pharmacies and hospitals that have opened their doors for vaccine distribution. Please take a moment to find one near you #IGotUm #GoGetUm

“Caring for and supporting Community is my kuleana. But, stopping the spread of COVID is our kuleana!”

Wash your hands to kill the virus. Give soap at least 20 seconds of thorough scrubbing and the pin-shaped molecules in soap will penetrate the membranes that protect viruses like COVID and rinsing with water will wash them down the drain..

“Sharing stories of our ʻāina through mele is my kuleana. But, stopping the spread of COVID is our kuleana!”

As a business or organization that has the privilege of operating in Hawaiʻi, stand alongside the many in our community who have joined in support of the #OurKuleana campaign.

A 9-month long initiative funded by the Honolulu Board of Water Supply and executed by Malama o Manoa, culminated with the release of key findings from a survey administered to area residents.

The Kuleana Project set out to effect change of activities and practices of 1,000 households in the Manoa sub-watershed through education and outreach utilizing a community-based grassroots approach to promote water conservation practices and to increase awareness of homeowner practices which contribute to nonpoint source pollution.

Students representing 12 area schools administered a total of 776 surveys in an Initial wave that established a baseline measure. Households were recruited for participation in the survey in a number of ways, including referrals from those affiliated with the project; parents, grandparents or other adult relatives of students; and other interested parties. Sixty-eight percent of those surveyed indicated a desire to receive an educational visit where students explained to householders best practices based on their individual responses to the initial survey. Students used survey materials developed by Dr. Carl Evensen of the University of Hawaii’s Department of Natural Resources and Environmental Management. Students then administered a final survey to the same households that participated in the Initial survey. A total of 517 households were interviewed in the final survey.

A subset of 375 surveys representing households in the Manoa sub-watershed was analyzed. Questions centered on eight areas: 1) water conservation; 2) use of fertilizers; 3) green waste; 4) use of chemical pesticides and herbicides; 5) motorized vehicles; 6) pets; 7) recycling; and 8) water run-off.

While Manoa sub-watershed households’ practices generally are not bad to begin with, the survey suggests that educational visits help increase positive practices. It also points to the fact that a community-based initiative is a solid model to modify practices.

Malama o Manoa is a broad-based community organization made up of residents and friends of Manoa Valley whose purpose is to promote community; celebrate our cultural diversity and heritage; and preserve, protect and enhance the special qualities of historic Manoa Valley. It is a non-profit corporation founded in 1992 by a group of citizens concerned about Manoa's future. Additional information on the Kuleana Project can be found at: www.malamaomanoa.org

Trisha Macomber , Educational Specialist at the Cooperative Extension Service in Hilo was honored with the University of Hawaii at Manoa’s Outstanding Service Award for 2003. Macomber works with the College of Tropical Agriculture’s Natural Resources and Environmental Management department, based at the Komohana Agriculture Complex. Senator Kokubun and members of the Hawaii State Senate recognized Macomber’s outstanding work with a congratulatory certificate. Andrew Hashimoto, Dean of CTAHR, said Macomber “exemplified the dedicated and conscientious employees” of the college.

Macomber conducted extensive research on the construction and use of water catchment systems, the primary source of water for drinking, bathing, flushing and irrigating for up to 60,000 of the state’s residents. Securing grants of over $30,000 in the past two years to fund the development and implementation of the project, Macomber published Rainwater Catchment System Guidelines to assist homeowners and landlords with information about construction and maintenance of the systems.

Macomber’s work is being recognized across the nation, and during the year Macomber has been invited to present seminars on Hawaii rainwater catchment systems for the American Rainwater Catchment System Association in Austin, Texas, and for the American Water Works Association. Internationally, presentations and posters have also been offered in Palau, at the 3rd World Water Conference in Japan and the International Rainwater Catchment System Conference in Mexico.

Macomber established a procedure for testing water and assisted with the production of bacteria test kits for home use. The contaminated water turns black after incubation; the graphic evidence convinces many residents they need to take action. To encourage the safe usage of rainwater catchment systems, Macomber presents seminars to rural subdivision community associations, senior centers, workplaces, and public gatherings.

For more information about the University of Hawaii’s programs in the community, contact the Cooperative Extension Service at (808) 959-9155 or click here to find out how to download a copy of the guide.

These days, people around the world are discovering a wealth of Hawaiian culture online, from ‘ukulele tutorials to newspapers from the 19th century.  A music endeavor, Project Kuleana, has attracted hundreds of thousands of views, highlighting a Hawaiian perspective in contemporary media.  HPR’sNoeTanigawa reports on their latest release.

At last count on the Project Kuleana youtube channel, Kaulana Na Pua had received 380 thousand views  and All Hawai‘i Stand Together, 175 thousand views.  The videos feature Hawai'i's most famous singers as well as  many family music makers.  Amazingly, all recordings were done live with no overdubs, a credit to audio engineer Dave Tucciarone.  ProjectKuleana 2 videos, “Ka Na’i Au Puni”  (traditional) and “Where Are the Brothers” by Ernelle Downs,  can be viewed on the ‘?iwi TV website.

There have been over 600,000 visits and views on Oceanic channel 326, where ‘?iwi TV has been offering video content on demand for about seven years.   ‘?iwi's brand of storytelling from a Hawaiian perspective is also available on the web at  ‘?iwi TV.

Project Kuleana's All Hawai‘i Stand Together by Liko Martin

Find out more about Na Loea: The Masters,  an ‘?iwi TV production, which will air on PBS on May 16.