Many years ago when all fluted points were called Folsom, before archaeologists began to identify other forms, the literature available to the collector was sparse at best. Over the past 70 plus years, archaeologists and knowledgeable collectors continued to discover and identify new arrowhead types. These new types are continually updated with each new edition of the Overstreet book.

By using this online database you will be able to identify arrowheads of all shapes and sizes by comparing your point's location with the nine geographic regions of the country provided.

With the Official Overstreet Indian Arrowheads Identification and Price Guide, over 1000 individual types have been identified nation-wide. The Overstreet database of tens of thousands of examples, which has taken over two decades to create, is now available on this website for the first time to arrowhead enthusiasts everywhere. There is no other digital library that compares to what you will find here. You will be able to easily identify your arrowhead types by comparing your points to the myriad of examples available here.
Good luck, and happy hunting!

Search for Arrowheads based on Shape

Search for Arrowheads based on Geographic Regions

Search for Arrowheads in Alphabetical Order

Description:
A small to medium size, thin, deeply notched or bifurcated stemmed point. The basal lobes are parallel with a tendency to turn inward and are pointed. The outward sides of the basal lobes are usually burin fractured from the base towards the tip and can be ground. 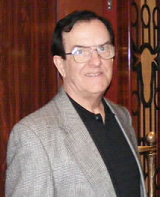 Robert M. Overstreet was born in West Virginia and grew up in southeast Tennessee. He collected comic books, fossils, mineral specimens and Indian relics and became a serious comic book collector in 1952 buying the popular E.C. comics off the newsstand. In the 1960s, his first book project was a price guide on Indian arrowheads. He began researching and drawing examples of each point type to be included in the book. But, during this time the comic book market was booming with prices going up every year. Since the relic market was stable, he decided to shelve the arrowhead guide and began researching a price guide on comic books. Overstreet collected coins in the 1950s and knew the value of Yeoman’s Red Book on coins. The local coin collectors and dealers would have a Red Book party every year when the book came out. Overstreet dreamed of the day when comic books would have their price guide and become accepted as a legitimate collectible.

After exhausting his extensive library of dealer lists, letters and fanzines to create the initial listings for his book, he began soliciting cooperation from the leading comic experts, collectors and top dealers who provided even more information. Soon, the style and form of the very first Comic Book Price Guide was created. Overstreet’s very first book, The Comic Book Price Guide was published in 1970.

The first edition was very successful selling around 1800 copies. The world at large was completely unaware of this small underground market. Overstreet’s price guide was the very first to list all the American comic books with pricing information. It was the first of its kind and enthusiastically received. It was the first price guide ever to provide complete information of where to buy and sell by allowing advertising to dealers and collectors. Simply by buying this book, you would know the retail value of comic books as well as where to buy and sell them. This single tool brought the whole market together. With the valuable information in this book now available to anyone, the market began to grow rapidly.

After a few years, the Overstreet price guide became established as the #1 reference tool in the market and was seriously used and accepted by the majority of dealers and collectors from coast to coast as well as Canada, England, Europe and Australia. In 1976 the guide achieved national distribution, placing valuable market information in the hands of tens of thousands of people. Many became dealers during the 1970s selling their newly acquired inventories through mail order or at comic conventions. Some of these dealers began to open stores which stocked new comics as well as the valuable old comics. Soon, stores and chains of stores began opening in the larger cities and eventually everywhere The Overstreet name was rapidly becoming a household word. In July, 2010 the 40th annual edition of The Overstreet Comic Book Price Guide was released at the San Diego International Comic-Con which Overstreet attended, as a special guest of the Con, to celebrate the event. With over 130,000 attending, dealers throughout the Con were receiving, displaying and selling the new 2010 Overstreet guides. The San Diego Comic-Con which started as a small convention at the El Cortez Hotel in 1970 has now grown to the mega media event it is today.

During the 1950s, Robert Overstreet purchased a boat and began hunting the local Tennessee TVA lakes for Indian relics. In the fall of each year, TVA would lower the water level of all their lakes which exposed the sand bars that were the high points along the original rivers where the Indians built villages and hunted. By searching the sand bars in the fall and winter months you could expect to find all kinds of relics just laying on top of the surface waiting for someone to come along. During these months, heavy storms would come through dumping rain causing the lake levels to rise and fall creating more and more erosion on the sandbars and river banks. Overstreet would be there to walk the sandbars after each storm where fresh relics would be washed out just laying there for the taking. On one such trip he found a Clovis in the morning and a Cumberland on the LeCroy site in the afternoon. On another trip he found a perfect drilled boatstone that had washed up on a sandbar on the Hiwassee River.

During the 1970s and 1980s Overstreet would occasionally attend local relic shows and with the success of his comic book guide decided to go back to his earlier plan to publish an arrowhead price guide. He began photographing points, slowly building his library of photographs and finally publishing The Overstreet Indian Arrowheads Identification and Price Guide in 1989. He abandoned his earlier attempt at using pen and ink drawings to using detailed photographs. The first edition was released at the Waverly, Tennessee show and was a complete sell-out. Over the years the Overstreet arrowhead books have grown in advisors, pages and illustrations becoming the absolute authority in the relic market.

As the years went by, the Overstreet guides in both markets have reported the market’s growth in an accurate, conservative even-handed fashion. They have shown slow, steady predictable growth attracting more and more investors into the hobbies. When the market was chaotic, the Overstreet guide was always there to provide stability. Today, thanks to Overstreet, both markets are doing well and they continue to be an excellent hobby for fun, excitement and investment.

In today’s markets, the name Overstreet is synonymous with the name comic book and the name arrowhead. The phrase “look it up in Overstreet” is used everywhere.

Known as the most trusted name in Native American Artifacts, Overstreet™ sets the standard in all prehistoric North American artifact services. For more than two decades, Overstreet's™ mission has been to standardize and document the collecting of prehistoric Native American artifacts by upholding the highest standards of integrity and professionalism available. Providing the only publication extensively covering all point types within nine geographic regions throughout the U.S., our research and publications of the OFFICIALL OVERSTREET® INDIAN ARROWHEADS IDENTIFICATION & PRICE GUIDE has made numerous contributions to the understanding of Prehistoric Native American Artifacts.

»Book Sales
We offer up to a 55% cover price discount to all case quantity ...

» Artifact Sales
If you are a collector or investor looking to purchase or disperse...